Complete the form below to receive the latest headlines and analysts' recommendations for Cypress Semiconductor with our free daily email newsletter:

Cypress Semiconductor Co. (NASDAQ:CY) has been assigned a consensus rating of “Hold” from the fifteen research firms that are covering the stock, Marketbeat.com reports. Twelve investment analysts have rated the stock with a hold rating and two have given a buy rating to the company. The average 12-month price objective among brokers that have issued a report on the stock in the last year is $22.21.

The firm also recently disclosed a quarterly dividend, which will be paid on Thursday, January 16th. Investors of record on Thursday, December 26th will be given a dividend of $0.11 per share. This represents a $0.44 annualized dividend and a yield of 1.88%. The ex-dividend date is Tuesday, December 24th. Cypress Semiconductor’s payout ratio is presently 37.93%. 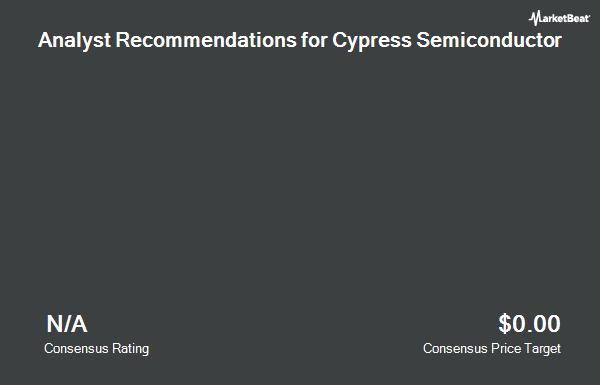