Complete the form below to receive the latest headlines and analysts' recommendations for Magnolia Oil & Gas with our free daily email newsletter:

Millennium Management LLC raised its stake in Magnolia Oil & Gas Corp (NYSE:MGY) by 425.0% during the third quarter, according to its most recent disclosure with the Securities and Exchange Commission (SEC). The firm owned 815,910 shares of the company’s stock after acquiring an additional 660,501 shares during the period. Millennium Management LLC owned about 0.31% of Magnolia Oil & Gas worth $9,056,000 as of its most recent SEC filing.

Magnolia Oil & Gas Corporation engages in the business of acquisition, development, exploration, and production of oil, natural gas, and natural gas liquids reserves in the United States. The company has oil and natural gas properties located primarily in Karnes County and the Giddings Field in South Texas primarily comprising the Eagle Ford Shale and the Austin Chalk formation. 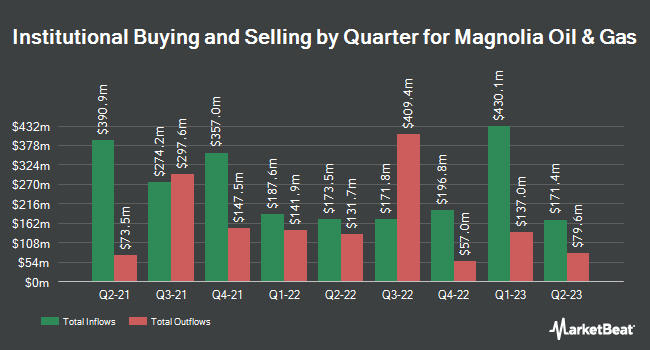