Complete the form below to receive the latest headlines and analysts' recommendations for Fidelity National Financial with our free daily email newsletter:

Shares of Fidelity National Financial Inc (NYSE:FNF) have earned a consensus rating of “Buy” from the eight ratings firms that are currently covering the company, Marketbeat reports. One equities research analyst has rated the stock with a sell rating, one has given a hold rating and six have issued a buy rating on the company. The average 12 month target price among analysts that have covered the stock in the last year is $47.00.

Fidelity National Financial, Inc, together with its subsidiaries, provides various insurance products in the United States. The company operates in Title, and Corporate and Other segments. It offers title insurance, escrow, and other title related services, including trust activities, trustee sales guarantees, recordings and conveyances, and home warranty insurance.

Featured Story: Most Volatile Stocks – What Investors Need to Know to Maximize ROI 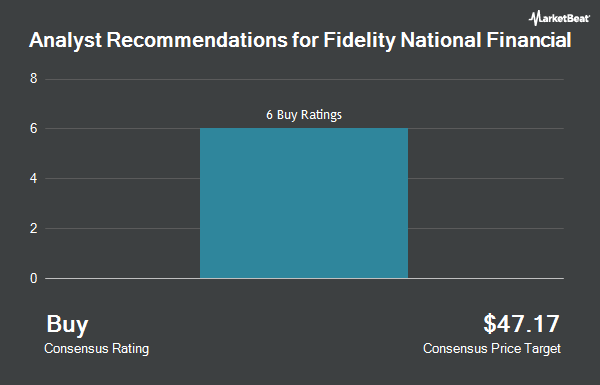