Complete the form below to receive the latest headlines and analysts' recommendations for Nextdecade with our free daily email newsletter:

Shares of Nextdecade Corp (NASDAQ:NEXT) have been given an average recommendation of “Hold” by the seven analysts that are presently covering the firm, MarketBeat Ratings reports. Three investment analysts have rated the stock with a sell rating, two have assigned a hold rating and two have assigned a buy rating to the company. The average 12 month target price among brokers that have covered the stock in the last year is $8.00.

Nextdecade (NASDAQ:NEXT) last released its earnings results on Tuesday, November 5th. The company reported ($0.06) EPS for the quarter, beating analysts’ consensus estimates of ($0.14) by $0.08. As a group, analysts predict that Nextdecade will post -0.44 earnings per share for the current fiscal year.

NextDecade Corporation, a liquefied natural gas (LNG) development company, engages in the development of LNG export projects and associated pipelines in the State of Texas. It intends to develop a portfolio of LNG projects, including Rio Grande LNG export facility, which has a liquefaction capacity of 27 million tons of LNG per annum located in Brownsville, Texas; and the 137-mile Rio Bravo Pipeline that transports natural gas from the Agua Dulce supply area to Rio Grande LNG.

Recommended Story: What causes a stock to be most active? 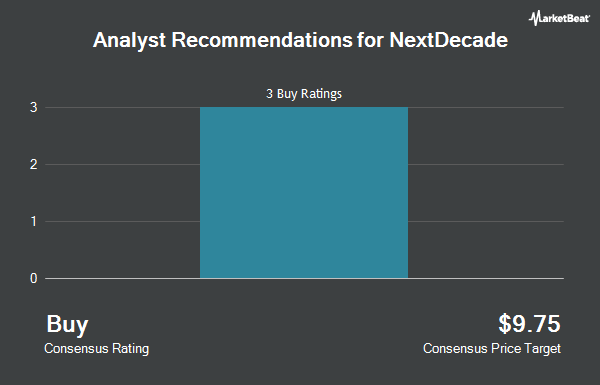 BORA Trading Down 5.9% This Week