Complete the form below to receive the latest headlines and analysts' recommendations for Burberry Group with our free daily email newsletter:

Burberry Group (LON:BRBY) had its price objective cut by Royal Bank of Canada from GBX 1,930 ($25.39) to GBX 1,900 ($24.99) in a research report released on Thursday morning, Stock Target Advisor reports. They currently have an underperform rating on the stock.

Burberry Group plc, together with its subsidiaries, manufactures, retails, and wholesales luxury goods for men, women, and children under the Burberry brand name. The company operates in two segments, Retail/Wholesale and Licensing. It offers apparel; accessories, such as women's handbags and small leather goods; and beauty, eyewear and timepieces. 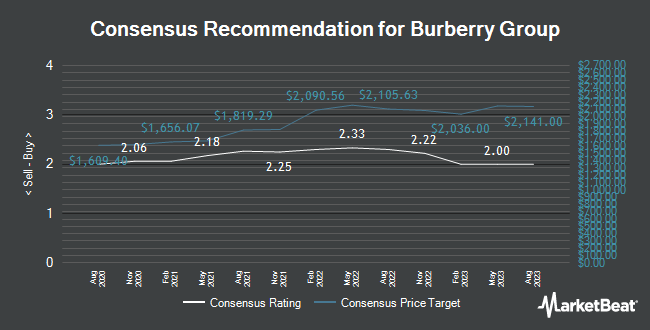