Complete the form below to receive the latest headlines and analysts' recommendations for GrubHub with our free daily email newsletter:

GrubHub (NYSE:GRUB) had its target price increased by Morgan Stanley from $33.00 to $60.00 in a research report released on Tuesday, BenzingaRatingsTable reports. The firm currently has an equal weight rating on the information services provider’s stock.

GrubHub (NYSE:GRUB) last issued its quarterly earnings data on Monday, October 28th. The information services provider reported $0.27 EPS for the quarter, topping the Zacks’ consensus estimate of $0.12 by $0.15. GrubHub had a return on equity of 2.89% and a net margin of 0.32%. The firm had revenue of $322.05 million during the quarter, compared to the consensus estimate of $329.54 million. During the same period in the prior year, the business earned $0.45 EPS. The firm’s revenue was up 30.3% on a year-over-year basis. As a group, analysts forecast that GrubHub will post 0.21 earnings per share for the current fiscal year.

In related news, Director Keith Richman bought 3,000 shares of GrubHub stock in a transaction dated Friday, November 1st. The stock was acquired at an average cost of $33.31 per share, with a total value of $99,930.00. Following the completion of the acquisition, the director now directly owns 3,284 shares in the company, valued at approximately $109,390.04. The purchase was disclosed in a legal filing with the Securities & Exchange Commission, which can be accessed through this hyperlink. Also, CFO Adam Dewitt sold 1,000 shares of the company’s stock in a transaction on Monday, December 30th. The shares were sold at an average price of $48.97, for a total value of $48,970.00. Following the sale, the chief financial officer now directly owns 57,156 shares of the company’s stock, valued at $2,798,929.32. The disclosure for this sale can be found here. In the last 90 days, insiders sold 11,319 shares of company stock valued at $564,099. Insiders own 1.88% of the company’s stock.

Grubhub Inc, together with its subsidiaries, provides an online and mobile platform for restaurant pick-up and delivery orders in the United States. The company connects approximately 105,000 local restaurants with diners with diners in various cities. It offers Grubhub, Seamless, and Eat24 mobile applications and mobile Websites; and operates Websites through grubhub.com, seamless.com, eat24.com, and menupages.com. 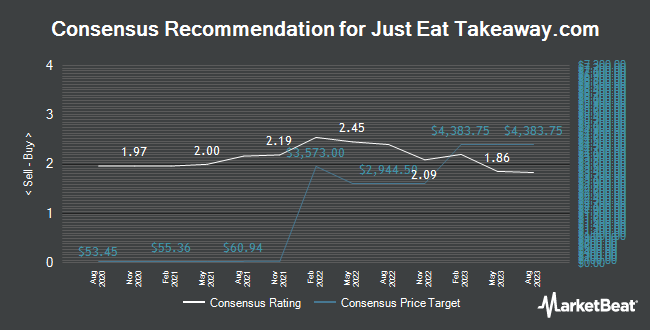 Receive News & Ratings for GrubHub Daily - Enter your email address below to receive a concise daily summary of the latest news and analysts' ratings for GrubHub and related companies with MarketBeat.com's FREE daily email newsletter.