Complete the form below to receive the latest headlines and analysts' recommendations for UBISOFT ENTMT S/ADR with our free daily email newsletter:

UBISOFT ENTMT S/ADR (OTCMKTS:UBSFY) was upgraded by Zacks Investment Research from a “sell” rating to a “hold” rating in a research report issued to clients and investors on Friday, Zacks.com reports.

According to Zacks, “Ubisoft Entertainment operates in parts of Europe, Canada and the United States and its primary activities are the production, publishing and distribution of interactive entertainment products. Products include video games, educational and cultural software, cartoons, literary, multimedia, audio-visual products, cinematographic and television works. Some of its brands are Driver, Anno, Endwar and Tom Clancy. “

Ubisoft Entertainment SA engages in the production, publishing, and distribution of video games for consoles, PC, smartphones, and tablets in physical and digital formats worldwide. The company designs and develops software, including scenarios, layouts, and game rules, as well as develops design tools and game engines. 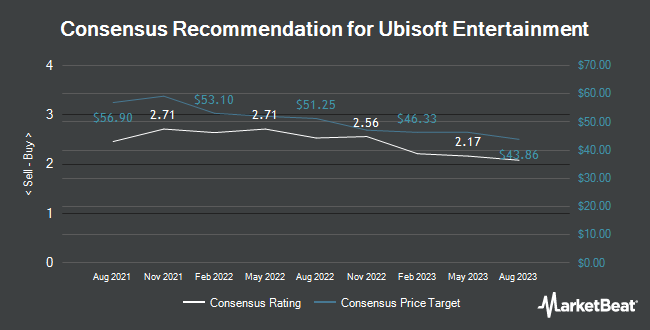