Complete the form below to receive the latest headlines and analysts' recommendations for GasLog with our free daily email newsletter:

GasLog (NYSE:GLOG) last issued its earnings results on Thursday, February 6th. The shipping company reported $0.14 EPS for the quarter, missing the Zacks’ consensus estimate of $0.18 by ($0.04). The company had revenue of $182.25 million for the quarter, compared to analysts’ expectations of $179.33 million. GasLog had a positive return on equity of 1.69% and a negative net margin of 15.06%. On average, sell-side analysts anticipate that GasLog will post 0.51 EPS for the current fiscal year.

The business also recently announced a quarterly dividend, which will be paid on Thursday, March 12th. Stockholders of record on Monday, March 2nd will be given a dividend of $0.15 per share. This represents a $0.60 dividend on an annualized basis and a dividend yield of 9.71%. The ex-dividend date is Friday, February 28th. GasLog’s dividend payout ratio (DPR) is presently 206.90%.

GasLog Ltd. operates as an owner, operator, and manager of liquefied natural gas (LNG) carriers providing support to international energy companies. It provides maritime services for the transportation of LNG on a worldwide basis and vessel management services. As of March 5, 2019, its owned fleet consisted of 34 LNG carriers, including 25 ships on the water and 9 on order. 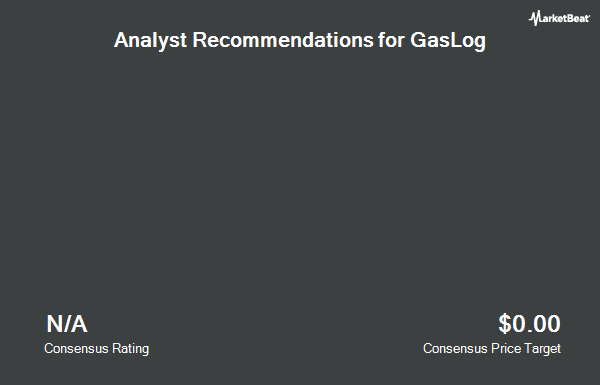 Receive News & Ratings for GasLog Daily - Enter your email address below to receive a concise daily summary of the latest news and analysts' ratings for GasLog and related companies with MarketBeat.com's FREE daily email newsletter.

SAFRAN/ADR Upgraded by ValuEngine to “Hold”