Copa (NYSE:CPA) last announced its quarterly earnings results on Wednesday, February 12th. The transportation company reported $2.17 EPS for the quarter, topping analysts’ consensus estimates of $1.98 by $0.19. Copa had a net margin of 3.29% and a return on equity of 15.24%. The firm had revenue of $681.90 million during the quarter, compared to analyst estimates of $675.10 million. During the same period in the previous year, the business posted $1.04 earnings per share. The business’s revenue for the quarter was up 3.9% on a year-over-year basis. Equities research analysts forecast that Copa will post 7.75 EPS for the current year.

Read More: What is a Call Option? 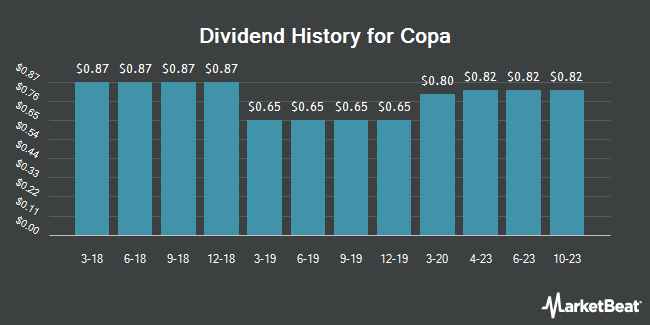