Complete the form below to receive the latest headlines and analysts' recommendations for Jack Henry & Associates with our free daily email newsletter:

Jack Henry & Associates, Inc. (NASDAQ:JKHY) CFO Kevin D. Williams sold 9,453 shares of the business’s stock in a transaction that occurred on Wednesday, February 12th. The shares were sold at an average price of $167.35, for a total value of $1,581,959.55. Following the completion of the transaction, the chief financial officer now directly owns 26,100 shares of the company’s stock, valued at $4,367,835. The sale was disclosed in a legal filing with the Securities & Exchange Commission, which is available at the SEC website.

Jack Henry & Associates (NASDAQ:JKHY) last announced its earnings results on Tuesday, February 4th. The technology company reported $0.94 earnings per share for the quarter, topping the Thomson Reuters’ consensus estimate of $0.89 by $0.05. The business had revenue of $419.12 million during the quarter, compared to the consensus estimate of $409.85 million. Jack Henry & Associates had a return on equity of 19.37% and a net margin of 17.27%. The business’s quarterly revenue was up 8.5% on a year-over-year basis. During the same period in the prior year, the company posted $0.88 EPS. On average, research analysts forecast that Jack Henry & Associates, Inc. will post 3.93 EPS for the current year.

The firm also recently announced a quarterly dividend, which will be paid on Thursday, March 19th. Stockholders of record on Monday, March 2nd will be paid a dividend of $0.43 per share. This represents a $1.72 annualized dividend and a dividend yield of 1.00%. This is an increase from Jack Henry & Associates’s previous quarterly dividend of $0.40. The ex-dividend date of this dividend is Friday, February 28th. Jack Henry & Associates’s dividend payout ratio is presently 45.45%. 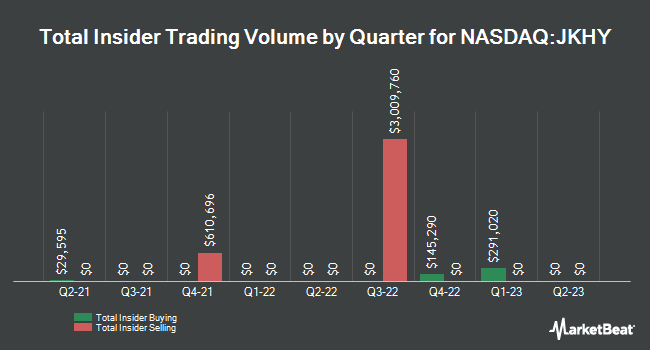