Complete the form below to receive the latest headlines and analysts' recommendations for Ted Baker with our free daily email newsletter:

Ted Baker (LON:TED)‘s stock had its “hold” rating reissued by equities researchers at Peel Hunt in a research note issued to investors on Thursday, ThisIsMoney.Co.Uk reports.

Recommended Story: What Are Cryptocurrencies? 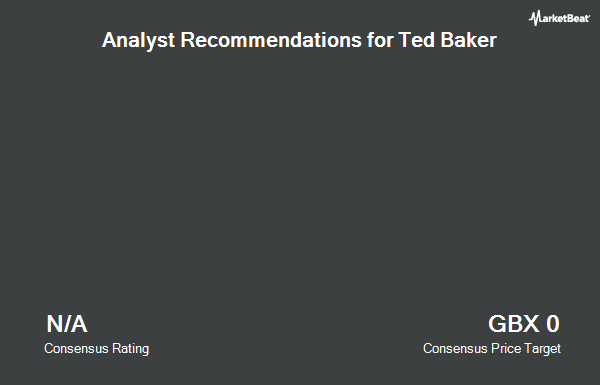