Complete the form below to receive the latest headlines and analysts' recommendations for Salem Media Group with our free daily email newsletter:

Salem Media Group Inc (NASDAQ:SALM) Chairman Stuart W. Epperson bought 17,194 shares of Salem Media Group stock in a transaction dated Friday, March 20th. The stock was acquired at an average cost of $0.94 per share, with a total value of $16,162.36. Following the transaction, the chairman now owns 103,934 shares of the company’s stock, valued at approximately $97,697.96. The transaction was disclosed in a legal filing with the SEC, which can be accessed through this link.

Salem Media Group, Inc operates as a multimedia company in the United States. It operates through three segments: Broadcast, Digital Media, and Publishing. The company owns and operates radio networks, which produce and distribute talk, news, and music programming to radio stations, as well as sells commercial airtime. 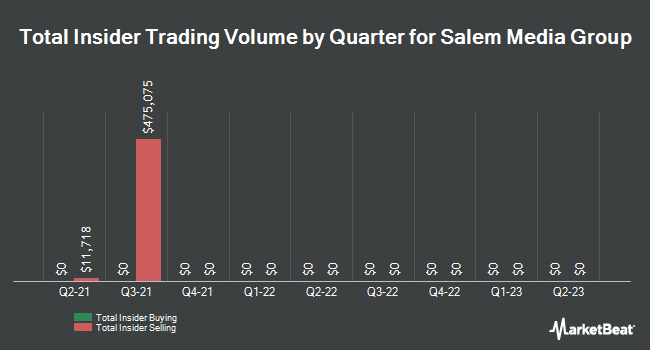