Complete the form below to receive the latest headlines and analysts' recommendations for Bellway with our free daily email newsletter:

Bellway p.l.c., together with its subsidiaries, engages in the house building business in the United Kingdom. It builds and sells homes ranging from one-bedroom apartments to six-bedroom family homes, as well as provides social housing to housing associations. It owns and controls 37,855 plots of land. 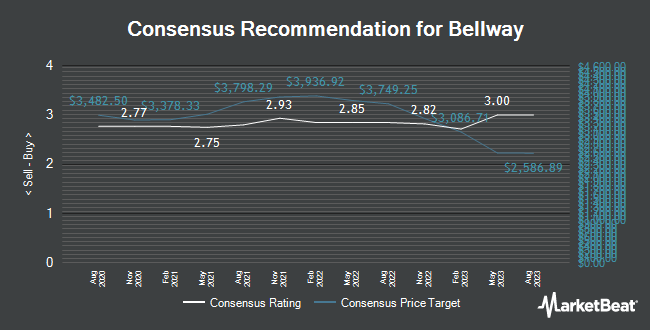 Receive News & Ratings for Bellway Daily - Enter your email address below to receive a concise daily summary of the latest news and analysts' ratings for Bellway and related companies with MarketBeat.com's FREE daily email newsletter.