Complete the form below to receive the latest headlines and analysts' recommendations for Altus Group with our free daily email newsletter:

Altus Group (TSE:AIF) last announced its quarterly earnings data on Thursday, February 20th. The company reported C$0.43 earnings per share (EPS) for the quarter, topping the Thomson Reuters’ consensus estimate of C$0.35 by C$0.08. The firm had revenue of C$148.77 million during the quarter, compared to the consensus estimate of C$143.07 million. As a group, equities research analysts expect that Altus Group will post 1.85 EPS for the current year. 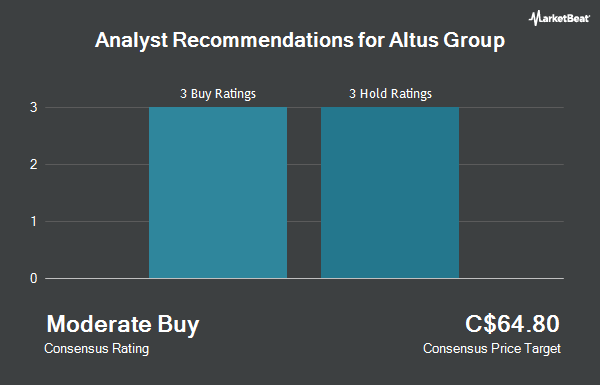