LCI Industries (NYSE:LCII) last issued its earnings results on Tuesday, May 5th. The company reported $1.31 EPS for the quarter, missing analysts’ consensus estimates of $1.61 by ($0.30). LCI Industries had a net margin of 5.75% and a return on equity of 18.49%. The firm had revenue of $659.67 million during the quarter, compared to analysts’ expectations of $658.42 million. During the same quarter last year, the firm earned $1.38 EPS. The business’s revenue for the quarter was up 11.4% compared to the same quarter last year. As a group, analysts predict that LCI Industries will post 2.26 EPS for the current year.

LCI Industries, together with its subsidiaries, manufactures and supplies components for the manufacturers of recreational vehicles (RVs) and adjacent industries in the United States and internationally. It operates in two segments, Original Equipment Manufacturers (OEM) and Aftermarket. The OEM segment manufactures or distributes various components for the OEMs of RVs and adjacent industries, including buses; trailers used to haul boats, livestock, equipment, and other cargo; travel trailers, fifth-wheel travel trailers, folding camping trailers, and truck campers; trucks; pontoon boats; trains; manufactured homes; and modular housing. 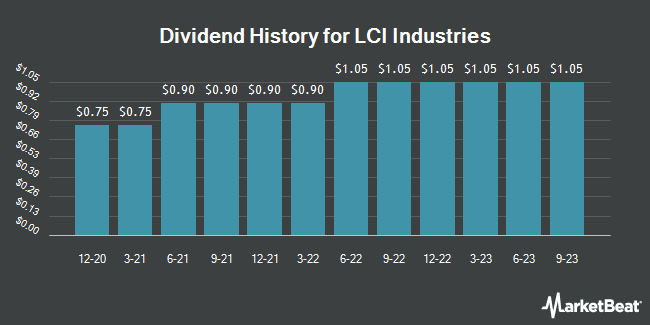