Complete the form below to receive the latest headlines and analysts' recommendations for Arch Coal with our free daily email newsletter:

Arch Coal (NYSE:ARCH) had its price objective reduced by equities research analysts at B. Riley from $73.00 to $67.00 in a research report issued on Tuesday, The Fly reports. B. Riley’s target price suggests a potential upside of 137.34% from the company’s previous close.

Arch Coal (NYSE:ARCH) last released its earnings results on Thursday, April 23rd. The energy company reported ($1.67) earnings per share (EPS) for the quarter, missing the Thomson Reuters’ consensus estimate of ($1.12) by ($0.55). The firm had revenue of $405.23 million during the quarter, compared to analysts’ expectations of $396.50 million. Arch Coal had a return on equity of 15.75% and a net margin of 6.33%. The company’s revenue was down 27.0% compared to the same quarter last year. During the same period in the prior year, the company posted $3.91 earnings per share. As a group, equities research analysts predict that Arch Coal will post -1.67 earnings per share for the current fiscal year.

In other news, Director Robert B. Hamill purchased 2,000 shares of the business’s stock in a transaction dated Monday, May 18th. The shares were purchased at an average price of $31.59 per share, for a total transaction of $63,180.00. Company insiders own 5.00% of the company’s stock. 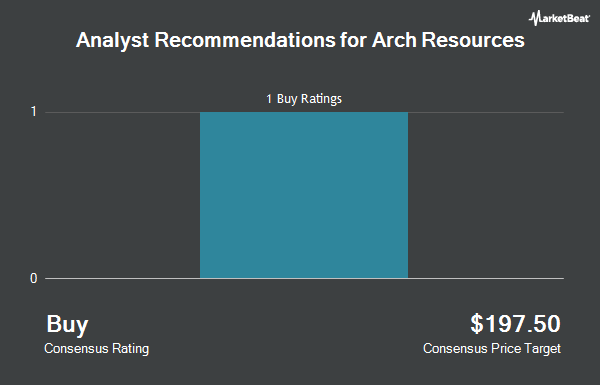