Complete the form below to receive the latest headlines and analysts' recommendations for VINCI S A/ADR with our free daily email newsletter:

VINCI SA engages in the concessions and contracting businesses worldwide. The company designs, finances, builds, and operates infrastructure and facilities comprising motorway, bridge and tunnel, airport, rail, and stadium facilities. It operates a motorway concession with a network of 4,443 kilometers in France; and 35 airports worldwide.

Featured Story: What causes a recession? 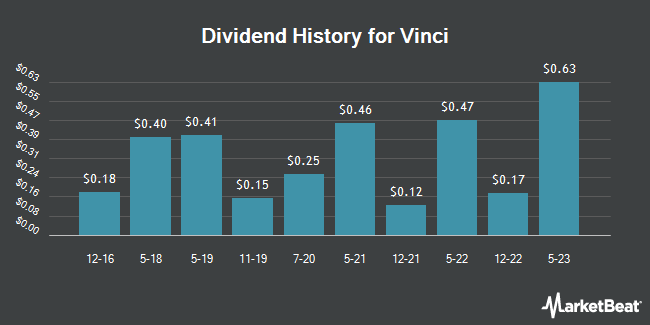