Complete the form below to receive the latest headlines and analysts' recommendations for Cooper Tire & Rubber with our free daily email newsletter:

Cooper Tire & Rubber (NYSE:CTB) had its target price upped by equities researchers at KeyCorp from $30.00 to $32.00 in a report issued on Monday, BenzingaRatingsTable reports. The firm currently has an “overweight” rating on the stock. KeyCorp’s price target would suggest a potential upside of 16.07% from the stock’s previous close. KeyCorp also issued estimates for Cooper Tire & Rubber’s FY2021 earnings at $1.85 EPS.

Cooper Tire & Rubber (NYSE:CTB) last released its earnings results on Thursday, May 7th. The company reported ($0.23) earnings per share for the quarter, missing the consensus estimate of ($0.15) by ($0.08). The firm had revenue of $532.00 million during the quarter, compared to analysts’ expectations of $544.67 million. Cooper Tire & Rubber had a net margin of 2.92% and a return on equity of 6.85%. The business’s revenue was down 14.1% compared to the same quarter last year. During the same quarter last year, the business earned $0.14 EPS. On average, equities research analysts anticipate that Cooper Tire & Rubber will post 0.76 EPS for the current fiscal year. 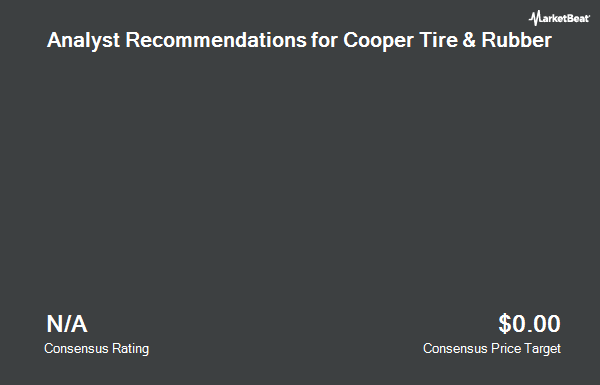 $0.15 Earnings Per Share Expected for NuStar Energy L.P. This Quarter