Complete the form below to receive the latest headlines and analysts' recommendations for Oasis Petroleum with our free daily email newsletter:

Oasis Petroleum (NYSE:OAS) had its price target lifted by equities researchers at UBS Group to $0.80 in a research report issued on Monday, BenzingaRatingsTable reports. The firm currently has a “neutral” rating on the energy producer’s stock. UBS Group’s price target would suggest a potential upside of 6.67% from the company’s current price.

Oasis Petroleum Inc, an independent exploration and production company, focuses on the acquisition and development of onshore unconventional oil and natural gas resources in the North Dakota and Montana regions of the Williston Basin and the Texas region of the Delaware Basin, respectively. As of December 31, 2018, the company had 413,552 net leasehold acres in the Williston Basin; and 23,366 net leasehold acres in the Delaware Basin, as well as approximately 320.5 million barrels of oil equivalent of estimated net proved reserves.

Read More: What is a stock split? 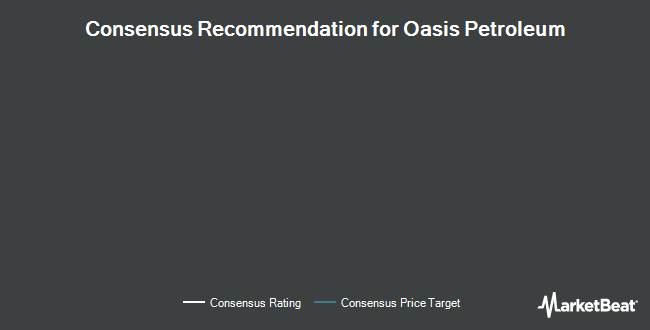