Complete the form below to receive the latest headlines and analysts' recommendations for Inspire Medical Systems with our free daily email newsletter:

Inspire Medical Systems (NYSE:INSP) VP Steven Jandrich sold 1,000 shares of the firm’s stock in a transaction on Tuesday, July 21st. The stock was sold at an average price of $98.96, for a total value of $98,960.00. Following the completion of the sale, the vice president now directly owns 2,805 shares of the company’s stock, valued at approximately $277,582.80. The sale was disclosed in a document filed with the Securities & Exchange Commission, which can be accessed through the SEC website. 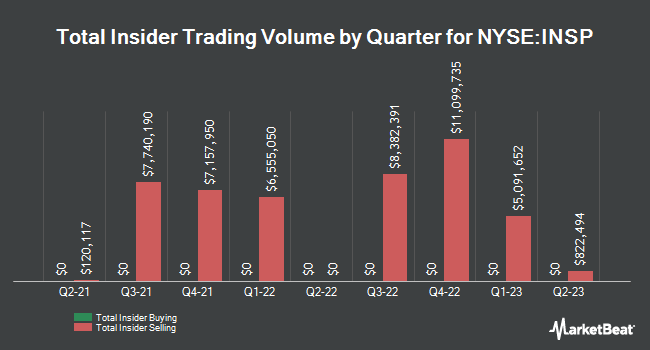