Zynga Inc (NASDAQ:ZNGA) COO Matthew S. Bromberg sold 12,000 shares of the company’s stock in a transaction on Wednesday, July 22nd. The stock was sold at an average price of $9.82, for a total transaction of $117,840.00. Following the transaction, the chief operating officer now directly owns 860,704 shares in the company, valued at $8,452,113.28. The transaction was disclosed in a filing with the SEC, which can be accessed through the SEC website.

Zynga (NASDAQ:ZNGA) last announced its quarterly earnings data on Wednesday, May 6th. The company reported ($0.01) earnings per share for the quarter, missing the Thomson Reuters’ consensus estimate of $0.02 by ($0.03). The company had revenue of $424.88 million for the quarter, compared to analysts’ expectations of $405.51 million. Zynga had a negative return on equity of 3.55% and a net margin of 4.58%. Analysts expect that Zynga Inc will post 0.19 earnings per share for the current fiscal year.

Zynga Inc develops, markets, and operates social games as live services in the United States and internationally. The company's games are played on mobile platforms, such as Apple iOS and Google's Android operating systems, as well as on social networking sites, such as Facebook. It also provides advertising services comprising mobile and display ads, engagement ads and offers, and branded virtual items and sponsorships to advertising agencies and brokers; and licenses its own brands. 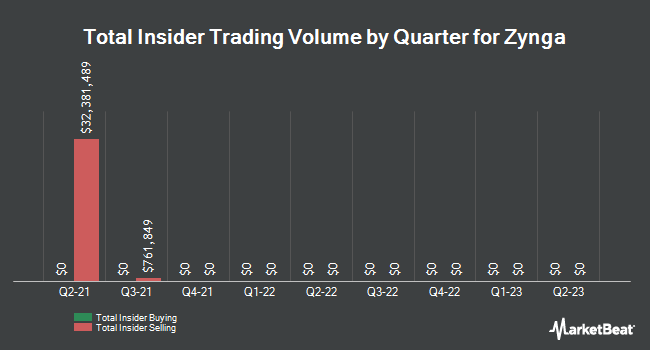