Complete the form below to receive the latest headlines and analysts' recommendations for Rathbone Brothers with our free daily email newsletter:

Rathbone Brothers plc (LON:RAT) announced a dividend on Wednesday, July 29th, Upcoming.Co.Uk reports. Investors of record on Thursday, September 3rd will be paid a dividend of GBX 25 ($0.31) per share on Tuesday, October 6th. This represents a yield of 1.49%. The ex-dividend date of this dividend is Thursday, September 3rd. The official announcement can be accessed at this link.

See Also: How to invest in a bear market 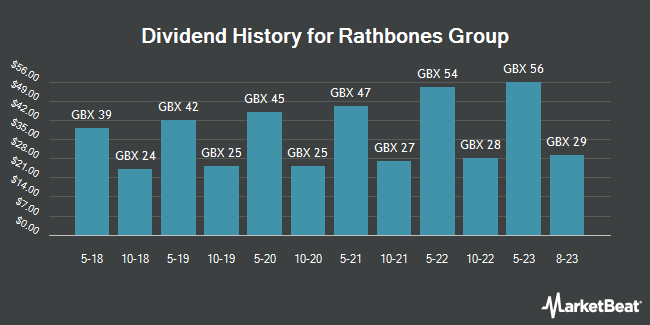