Posted by Samantha Reynolds on Aug 1st, 2020 // Comments off

Blueprint Medicines (NASDAQ:BPMC) issued its earnings results on Thursday. The biotechnology company reported ($2.28) EPS for the quarter, missing the Thomson Reuters’ consensus estimate of ($2.08) by ($0.20), MarketWatch Earnings reports. Blueprint Medicines had a negative net margin of 525.44% and a negative return on equity of 71.24%. The firm had revenue of $8.34 million during the quarter, compared to the consensus estimate of $7.56 million. 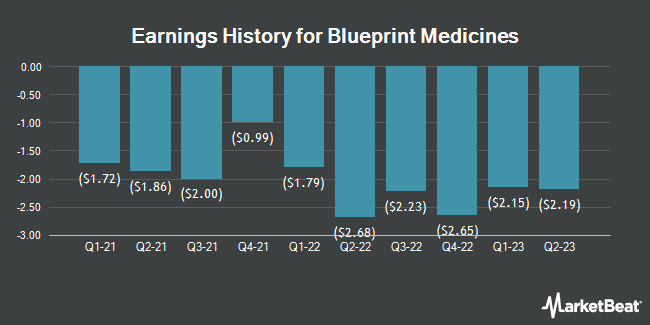