Hasbro (NASDAQ:HAS) last posted its quarterly earnings data on Monday, July 27th. The company reported $0.02 earnings per share for the quarter, missing analysts’ consensus estimates of $0.23 by ($0.21). The company had revenue of $860.30 million for the quarter, compared to analysts’ expectations of $986.51 million. Hasbro had a return on equity of 18.71% and a net margin of 7.58%. The firm’s revenue was down 12.6% compared to the same quarter last year. During the same period in the prior year, the company posted $0.78 EPS. On average, research analysts forecast that Hasbro will post 3.33 EPS for the current fiscal year.

Featured Article: How to find the components of the quick ratio 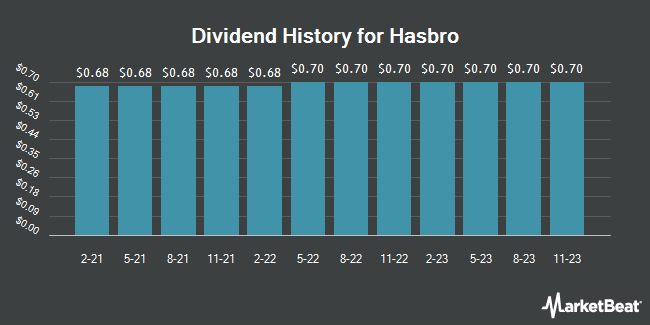