Brooks Automation (NASDAQ:BRKS) posted its earnings results on Thursday. The semiconductor company reported $0.32 earnings per share for the quarter, topping the Thomson Reuters’ consensus estimate of $0.20 by $0.12, MarketWatch Earnings reports. Brooks Automation had a net margin of 52.69% and a return on equity of 6.61%. The company had revenue of $220.35 million for the quarter, compared to analyst estimates of $207.25 million. Brooks Automation updated its Q4 2020
After-Hours guidance to 0.32-0.40 EPS and its Q4 guidance to $0.32-0.40 EPS. 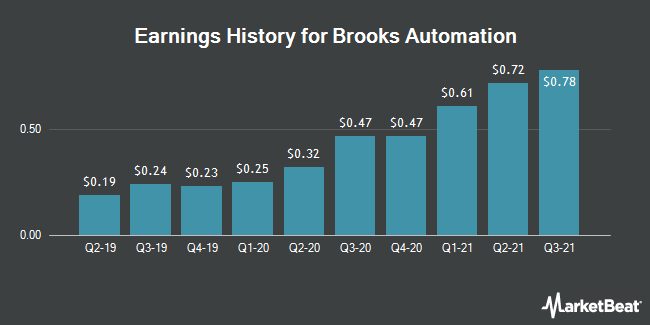