Complete the form below to receive the latest headlines and analysts' recommendations for Inovio Pharmaceuticals with our free daily email newsletter:

BidaskClub lowered shares of Inovio Pharmaceuticals (NASDAQ:INO) from a strong-buy rating to a buy rating in a research note released on Wednesday, BidAskClub reports.

Inovio Pharmaceuticals, Inc, a late-stage biotechnology company, focuses on the discovery, development, and commercialization of DNA-based immunotherapies and vaccines to prevent and treat cancers and infectious diseases. Its SynCon immunotherapy design has the ability to break the immune system's tolerance of cancerous cells, as well as is intended to facilitate cross-strain protection against known, as well as new unmatched strains of pathogens, such as influenza. 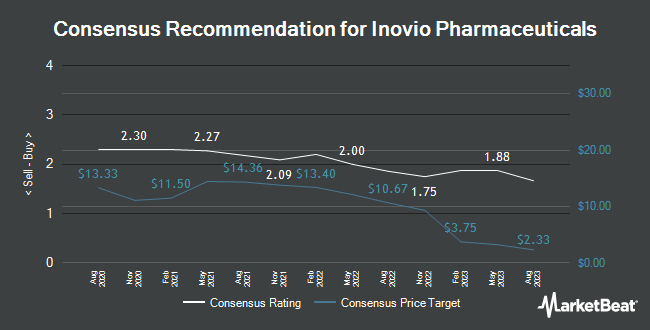