Complete the form below to receive the latest headlines and analysts' recommendations for Baytex Energy with our free daily email newsletter:

According to Zacks, “Baytex Energy Trust is a conventional oil and gas income trust focused on maintaining its production and asset base through internal property development and delivering consistent returns to its unitholders. “

Baytex Energy (NYSE:BTE) (TSE:BTE) last released its quarterly earnings results on Thursday, May 7th. The oil and gas producer reported ($0.09) earnings per share (EPS) for the quarter, missing analysts’ consensus estimates of ($0.06) by ($0.03). The company had revenue of $250.99 million for the quarter. Baytex Energy had a negative net margin of 199.92% and a negative return on equity of 6.76%. As a group, sell-side analysts expect that Baytex Energy will post -3.56 EPS for the current year.

Read More: What is a resistance level? 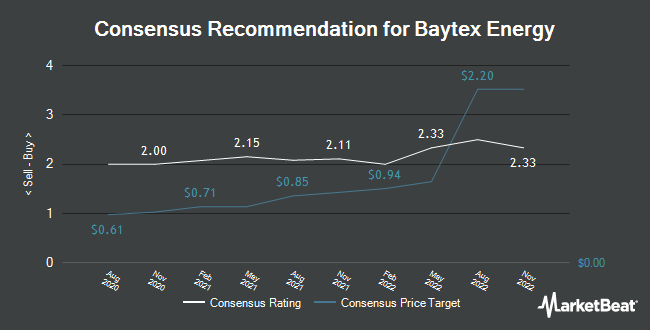