Complete the form below to receive the latest headlines and analysts' recommendations for Ruhnn with our free daily email newsletter:

Ruhnn (NASDAQ:RUHN) released its quarterly earnings results on Monday. The company reported $0.13 earnings per share for the quarter, topping analysts’ consensus estimates of $0.02 by $0.11, Fidelity Earnings reports. Ruhnn had a negative return on equity of 5.83% and a negative net margin of 7.07%.

Ruhnn Holding Limited, together with its subsidiaries, operates key opinion leader (KOL) cultivation and incubation platforms in the People's Republic of China. The company engages in the sale of various fashion and lifestyle products to consumers through its KOL online stores; and provision of various KOL sales and advertising services to third-party merchants.

Featured Story: Trading Options- What is a Strangle? 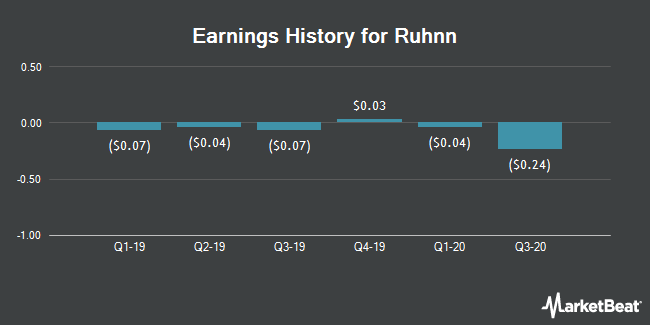 Receive News & Ratings for Ruhnn Daily - Enter your email address below to receive a concise daily summary of the latest news and analysts' ratings for Ruhnn and related companies with MarketBeat.com's FREE daily email newsletter.