Complete the form below to receive the latest headlines and analysts' recommendations for Ferrexpo with our free daily email newsletter:

Ferrexpo (LON:FXPO) had its target price boosted by Barclays from GBX 145 ($1.89) to GBX 165 ($2.16) in a report published on Tuesday, Digital Look reports. They currently have an underweight rating on the iron ore producer’s stock.

Ferrexpo Plc mines for, develops, processes, produces, markets, exports, and sells iron ore pellets to the metallurgical industry worldwide. The company operates two mines and a processing plant near Kremenchug in Ukraine; a port in Odessa; a fleet of vessels operating on the Rhine and Danube waterways; and an ocean going vessel on international sea routes.

See Also: How Do I Invest in Dividend Stocks 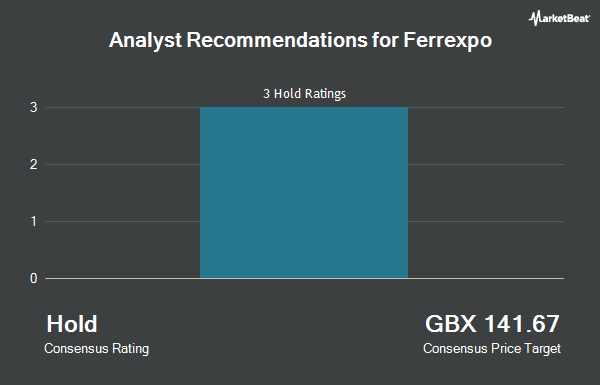 Receive News & Ratings for Ferrexpo Daily - Enter your email address below to receive a concise daily summary of the latest news and analysts' ratings for Ferrexpo and related companies with MarketBeat.com's FREE daily email newsletter.

Mastercard Inc to Issue Quarterly Dividend of $0.40 on November 9th