Complete the form below to receive the latest headlines and analysts' recommendations for United Microelectronics with our free daily email newsletter:

ValuEngine upgraded shares of United Microelectronics (NYSE:UMC) from a sell rating to a hold rating in a research note published on Friday morning, ValuEngine reports.

United Microelectronics (NYSE:UMC) last posted its quarterly earnings results on Wednesday, July 29th. The semiconductor company reported $0.09 earnings per share for the quarter, beating the Zacks’ consensus estimate of $0.06 by $0.03. The company had revenue of $44.39 billion for the quarter, compared to the consensus estimate of $43.63 billion. United Microelectronics had a return on equity of 7.60% and a net margin of 9.45%. The firm’s quarterly revenue was up 23.2% on a year-over-year basis. During the same quarter in the prior year, the business posted $0.15 EPS.

See Also: Why does the United States have a lingering trade deficit? 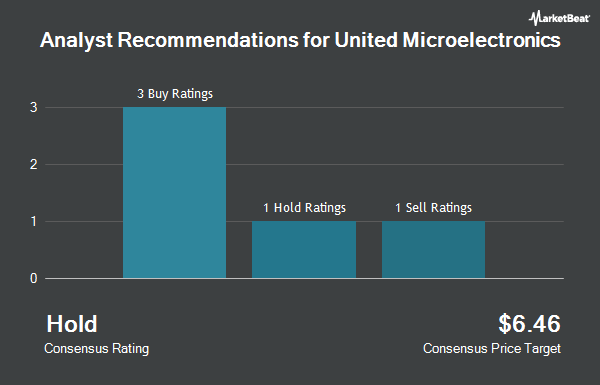