Complete the form below to receive the latest headlines and analysts' recommendations for Sleep Number with our free daily email newsletter:

Sleep Number Corp (NASDAQ:SNBR) Director Stephen L. Gulis, Jr. sold 9,902 shares of the company’s stock in a transaction dated Tuesday, October 27th. The stock was sold at an average price of $64.62, for a total transaction of $639,867.24. Following the completion of the transaction, the director now owns 28,896 shares of the company’s stock, valued at approximately $1,867,259.52. The sale was disclosed in a filing with the Securities & Exchange Commission, which is accessible through the SEC website.

Sleep Number (NASDAQ:SNBR) last issued its quarterly earnings results on Monday, October 19th. The company reported $1.79 EPS for the quarter, beating the Thomson Reuters’ consensus estimate of $1.06 by $0.73. Sleep Number had a net margin of 5.89% and a negative return on equity of 70.15%. The company had revenue of $531.16 million during the quarter, compared to analysts’ expectations of $515.82 million. During the same quarter last year, the company posted $0.94 EPS. The firm’s revenue was up 11.9% compared to the same quarter last year. On average, sell-side analysts predict that Sleep Number Corp will post 4.06 earnings per share for the current fiscal year.

Featured Story: Cost of Equity For A Business, Investors 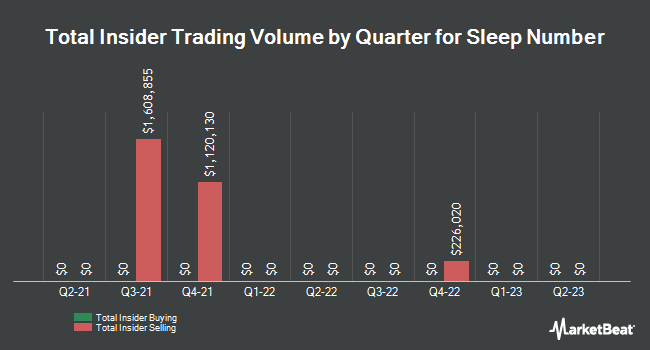