The firm also recently disclosed a quarterly dividend, which will be paid on Monday, January 11th. Stockholders of record on Thursday, December 31st will be issued a $0.68 dividend. The ex-dividend date of this dividend is Wednesday, December 30th. This represents a $2.72 dividend on an annualized basis and a dividend yield of 2.85%. This is an increase from McCormick & Company, Incorporated’s previous quarterly dividend of $0.62. McCormick & Company, Incorporated’s dividend payout ratio is presently 46.44%.

Further Reading: What is a Derivative? 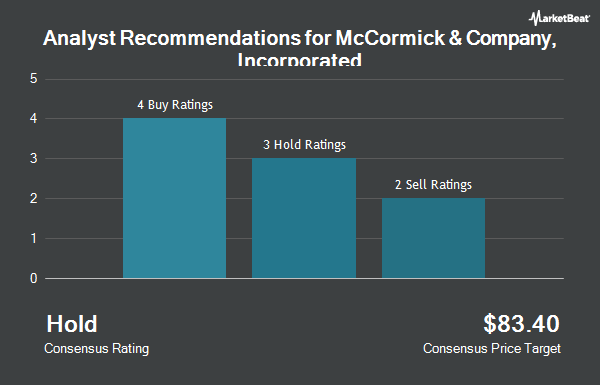