Complete the form below to receive the latest headlines and analysts' recommendations for Old Republic International with our free daily email newsletter:

Old Republic International Co. (NYSE:ORI) announced a None dividend on Friday, December 18th, Zacks reports. Stockholders of record on Tuesday, January 5th will be given a dividend of 1.00 per share by the insurance provider on Friday, January 15th. The ex-dividend date of this dividend is Monday, January 4th.

Featured Story: How is the S&P 500 index different from the DJIA? 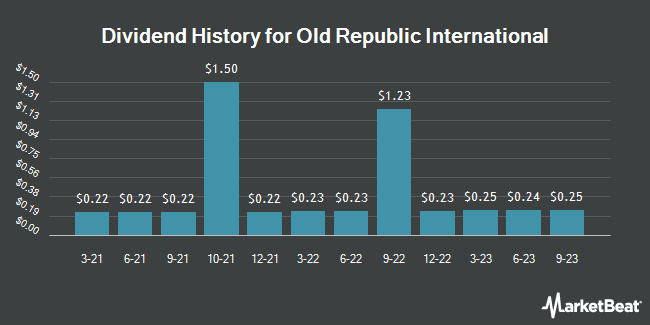