Complete the form below to receive the latest headlines and analysts' recommendations for Marriott Vacations Worldwide with our free daily email newsletter:

On average, analysts expect that Marriott Vacations Worldwide will report full-year sales of $2.86 billion for the current financial year, with estimates ranging from $2.78 billion to $2.95 billion. For the next year, analysts anticipate that the company will report sales of $3.51 billion, with estimates ranging from $3.38 billion to $3.61 billion. Zacks Investment Research’s sales averages are an average based on a survey of analysts that follow Marriott Vacations Worldwide.

Featured Article: The Role of a Fiduciary and Individual Investors 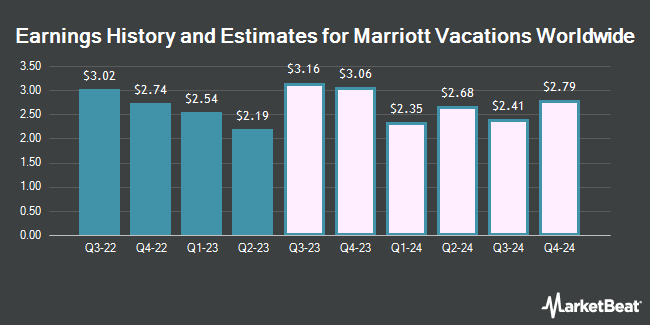 Short Interest in Level One Bancorp, Inc. Expands By 37.1%