Complete the form below to receive the latest headlines and analysts' recommendations for Tesco PLC (TSCO.L) with our free daily email newsletter:

Tesco PLC, together with its subsidiaries, operates as a grocery retailer. The company operates through convenience and hypermarket store formats, as well as engages in the wholesale business. It also provides retail banking and insurance services. The company operates in the United Kingdom, the Republic of Ireland, the Czech Republic, Hungary, Poland, Slovakia, Malaysia, and Thailand. 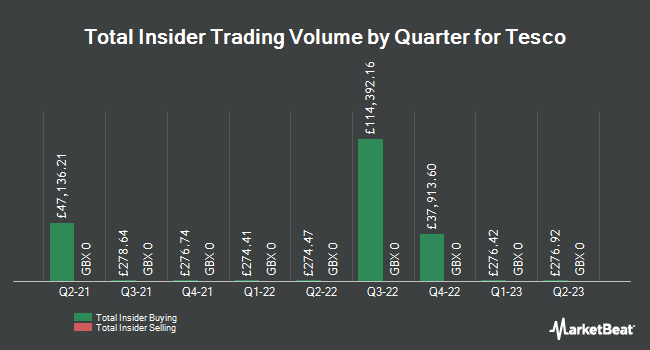