Complete the form below to receive the latest headlines and analysts' recommendations for Varian Medical Systems with our free daily email newsletter:

Varian Medical Systems (NYSE:VAR) was downgraded by research analysts at UBS Group from a “buy” rating to an “in-line” rating in a report released on Tuesday, 24/7 WallStreet reports.

Varian Medical Systems (NYSE:VAR) last posted its quarterly earnings data on Monday, January 25th. The medical equipment provider reported $1.14 EPS for the quarter, beating the consensus estimate of $1.10 by $0.04. The business had revenue of $778.80 million for the quarter, compared to analysts’ expectations of $832.97 million. Varian Medical Systems had a net margin of 8.50% and a return on equity of 18.45%. The firm’s revenue was down 6.1% compared to the same quarter last year. During the same period in the previous year, the firm posted $1.16 EPS. On average, analysts forecast that Varian Medical Systems will post 5.2 EPS for the current year.

See Also: What is a dead cat bounce? 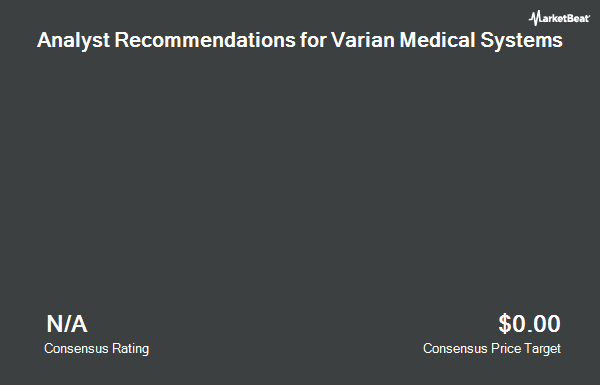