Complete the form below to receive the latest headlines and analysts' recommendations for MGM Resorts International with our free daily email newsletter:

Cetera Advisor Networks LLC acquired a new position in MGM Resorts International (NYSE:MGM) during the fourth quarter, according to the company in its most recent filing with the SEC. The fund acquired 7,840 shares of the company’s stock, valued at approximately $247,000.

The company also recently declared a quarterly dividend, which was paid on Monday, March 15th. Stockholders of record on Wednesday, March 10th were issued a dividend of $0.0025 per share. The ex-dividend date of this dividend was Tuesday, March 9th. This represents a $0.01 dividend on an annualized basis and a dividend yield of 0.02%. MGM Resorts International’s dividend payout ratio is currently 1.30%.

Want to see what other hedge funds are holding MGM? Visit HoldingsChannel.com to get the latest 13F filings and insider trades for MGM Resorts International (NYSE:MGM). 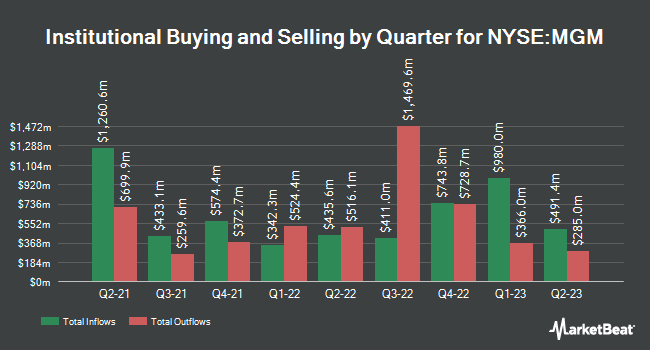 Navient Co. Expected to Announce Earnings of $0.78 Per Share