Complete the form below to receive the latest headlines and analysts' recommendations for Howmet Aerospace with our free daily email newsletter:

Howmet Aerospace (NYSE:HWM) was downgraded by Zacks Investment Research from a “strong-buy” rating to a “hold” rating in a report issued on Wednesday, Zacks.com reports.

According to Zacks, “Howmet Aerospace Inc. is a provider of advanced engineered solutions for the aerospace and transportation industries. The Company’s primary businesses focus on jet engine components, aerospace fastening systems and titanium structural parts for aerospace and defense applications, as well as forged wheels for commercial transportation. Howmet Aerospace Inc., formerly known as Arconic Inc, is based in Pittsburgh, Pennsylvania. “

Read More: Is it better to buy a fund with a higher or lower NAV? 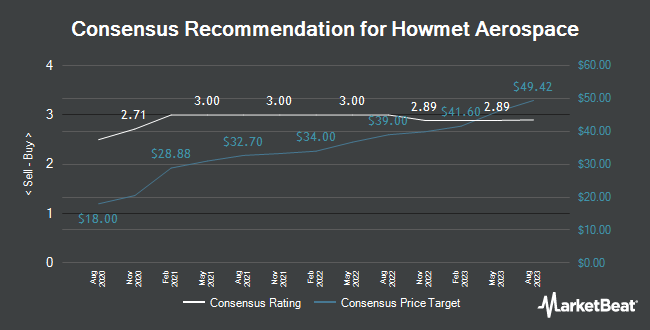