Colfax (NYSE:CFX) had its price objective boosted by research analysts at Morgan Stanley from $42.00 to $45.00 in a report released on Monday, Benzinga reports. The firm presently has an “equal weight” rating on the industrial products company’s stock. Morgan Stanley’s price objective would indicate a potential upside of 1.95% from the stock’s previous close.

Colfax (NYSE:CFX) last announced its quarterly earnings results on Wednesday, February 17th. The industrial products company reported $0.51 earnings per share (EPS) for the quarter, beating the Zacks’ consensus estimate of $0.50 by $0.01. Colfax had a positive return on equity of 6.04% and a negative net margin of 0.24%. The company had revenue of $828.12 million during the quarter, compared to the consensus estimate of $830.20 million. Equities research analysts predict that Colfax will post 1.38 earnings per share for the current fiscal year. 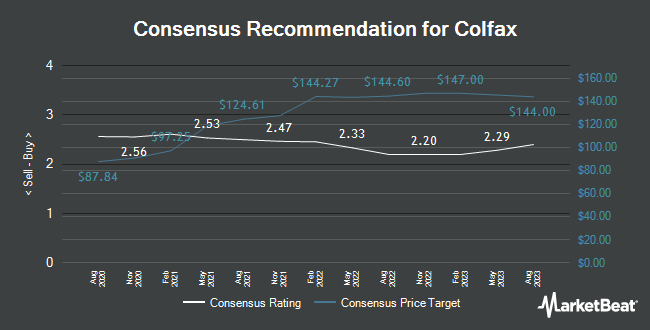