Complete the form below to receive the latest headlines and analysts' recommendations for iHeartMedia with our free daily email newsletter:

Equities analysts expect that iHeartMedia, Inc. (NASDAQ:IHRT) will post $688.00 million in sales for the current quarter, Zacks reports. Two analysts have made estimates for iHeartMedia’s earnings. The highest sales estimate is $691.60 million and the lowest is $684.39 million. iHeartMedia reported sales of $780.63 million during the same quarter last year, which indicates a negative year-over-year growth rate of 11.9%. The firm is expected to issue its next earnings report on Thursday, May 6th.

According to Zacks, analysts expect that iHeartMedia will report full year sales of $3.31 billion for the current year, with estimates ranging from $3.27 billion to $3.35 billion. For the next fiscal year, analysts expect that the company will post sales of $3.73 billion, with estimates ranging from $3.63 billion to $3.82 billion. Zacks’ sales calculations are a mean average based on a survey of sell-side research firms that that provide coverage for iHeartMedia.

Read More: What is Considered a Good Return on Equity (ROE)? 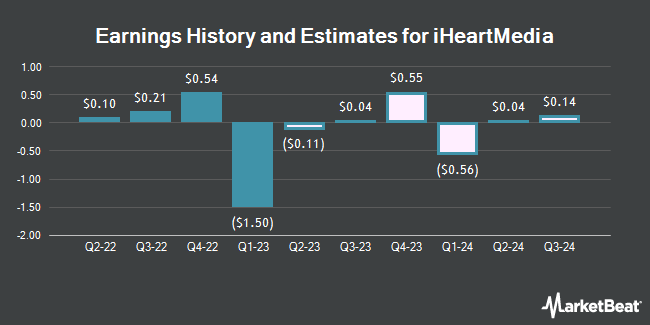