Ionis Pharmaceuticals (NASDAQ:IONS) had its price target decreased by analysts at Morgan Stanley from $43.00 to $38.00 in a research report issued to clients and investors on Monday, PriceTargets.com reports. The firm currently has an “underweight” rating on the stock. Morgan Stanley’s target price would indicate a potential downside of 7.68% from the stock’s previous close.

Ionis Pharmaceuticals, Inc discovers and develops RNA-targeted therapeutics in the United States. The company offers SPINRAZA for spinal muscular atrophy (SMA) in pediatric and adult patients; TEGSEDI, an injection for the treatment of polyneuropathy of hereditary transthyretin-mediated amyloidosis in adults; and WAYLIVRA, a treatment for familial chylomicronemia syndrome and familial partial lipodystrophy. 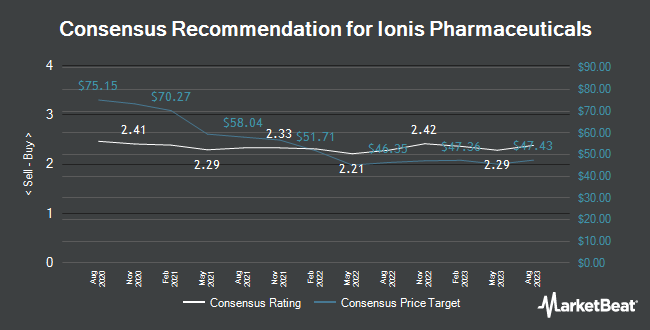