Complete the form below to receive the latest headlines and analysts' recommendations for LogicBio Therapeutics with our free daily email newsletter:

Wells Fargo & Company MN boosted its stake in LogicBio Therapeutics, Inc. (NASDAQ:LOGC) by 46.0% in the fourth quarter, according to its most recent Form 13F filing with the Securities & Exchange Commission. The firm owned 18,084 shares of the company’s stock after purchasing an additional 5,696 shares during the period. Wells Fargo & Company MN owned about 0.06% of LogicBio Therapeutics worth $138,000 at the end of the most recent reporting period.

LogicBio Therapeutics (NASDAQ:LOGC) last announced its quarterly earnings results on Sunday, March 14th. The company reported ($0.22) earnings per share (EPS) for the quarter, beating the Zacks’ consensus estimate of ($0.32) by $0.10. The company had revenue of $0.54 million during the quarter. Analysts predict that LogicBio Therapeutics, Inc. will post -1.51 EPS for the current fiscal year.

In other LogicBio Therapeutics news, insider Frederic Chereau sold 7,542 shares of the business’s stock in a transaction that occurred on Friday, April 16th. The stock was sold at an average price of $5.73, for a total transaction of $43,215.66. Following the completion of the sale, the insider now directly owns 261,353 shares in the company, valued at approximately $1,497,552.69. The transaction was disclosed in a document filed with the SEC, which is available through this link. Corporate insiders own 23.40% of the company’s stock.

Recommended Story: How does a reverse stock split work? 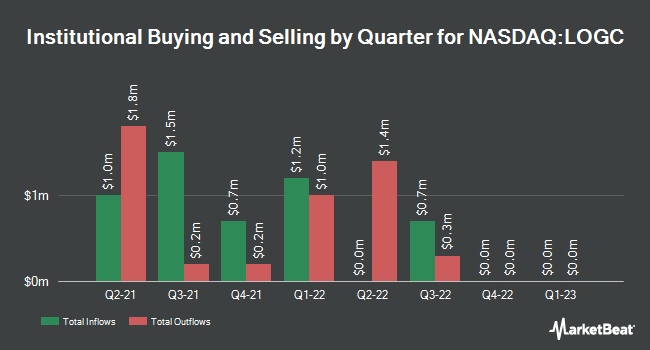