Complete the form below to receive the latest headlines and analysts' recommendations for Imperial Oil with our free daily email newsletter:

Posted by Samantha Reynolds on May 2nd, 2021 // Comments off

Imperial Oil (TSE:IMO) (NYSEMKT:IMO) last released its earnings results on Tuesday, February 2nd. The company reported C$0.03 EPS for the quarter, missing the Thomson Reuters’ consensus estimate of C$0.09 by C($0.06). The company had revenue of C$6.03 billion for the quarter, compared to the consensus estimate of C$6.23 billion. As a group, equities research analysts expect that Imperial Oil will post 2.59 EPS for the current year.

Imperial Oil Limited explores for, produces, and sells crude oil and natural gas in Canada. It operates through three segments: Upstream, Downstream, and Chemical. The Upstream segment explores for and produces crude oil, natural gas, synthetic oil, and bitumen. As of December 31, 2020, this segment had 138 million oil-equivalent barrels of proved undeveloped reserves. 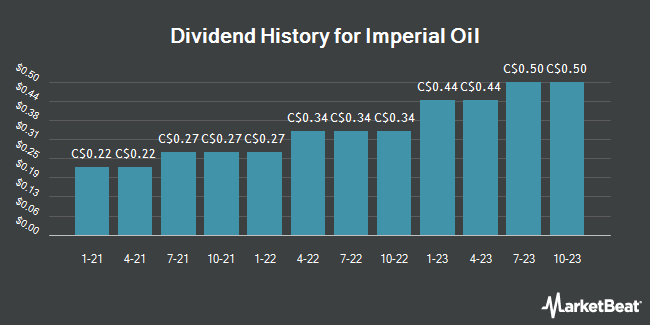