Complete the form below to receive the latest headlines and analysts' recommendations for Inter Parfums with our free daily email newsletter:

According to Zacks, “Inter Parfums has outpaced the industry in the past six months. The company came out with robust sales numbers first-quarter 2021, which was followed by a raised 2021 view. Management noted that the company continued its revival trend, which was witnessed in the second half of 2020. A robust first-quarter performance despite major travel retail hurdles raises optimism about the ongoing year. Management expects 2021 net sales to be nearly $700 million, while net income per share is expected to be $1.65. Certainly, Inter Parfums has been benefiting from its focus on innovation and product launches. However, the company’s gross margin declined in the fourth quarter of 2020. Moreover, management expects to see slight rise in fixed costs for 2021 due to unwinding of certain steps that were undertaken in 2020 to minimize the impacts of the pandemic.”

Inter Parfums (NASDAQ:IPAR) last issued its quarterly earnings data on Sunday, February 28th. The company reported $0.47 earnings per share (EPS) for the quarter, beating the consensus estimate of $0.37 by $0.10. The firm had revenue of $184.04 million for the quarter, compared to analyst estimates of $148.00 million. Inter Parfums had a net margin of 5.94% and a return on equity of 5.12%. Inter Parfums’s revenue was up 3.5% on a year-over-year basis. During the same period in the previous year, the firm earned $0.26 EPS. As a group, equities research analysts expect that Inter Parfums will post 0.84 earnings per share for the current year.

Inter Parfums, Inc, together with its subsidiaries, manufactures, markets, and distributes a range of fragrances and fragrance related products in the United States and internationally. The company operates in two segments, European Based Operations and United States Based Operations. It offers its fragrance and cosmetic products under the Boucheron, Coach, Jimmy Choo, Karl Lagerfeld, Kate Spade New York, Lanvin, Montblanc, Paul Smith, Repetto, Rochas, S.T. 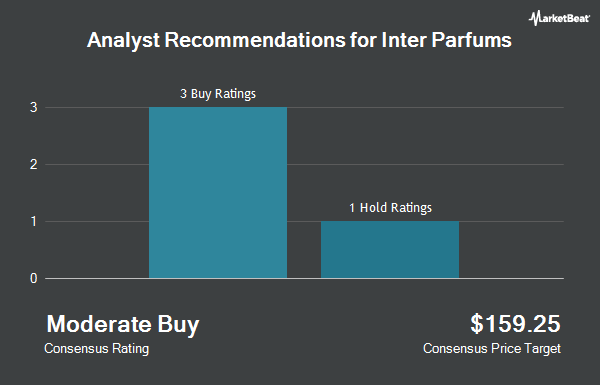