Complete the form below to receive the latest headlines and analysts' recommendations for Ultra Clean with our free daily email newsletter:

Ultra Clean (NASDAQ:UCTT) last released its quarterly earnings data on Tuesday, April 27th. The semiconductor company reported $0.92 EPS for the quarter, beating the consensus estimate of $0.85 by $0.07. The business had revenue of $417.63 million for the quarter, compared to the consensus estimate of $390.80 million. Ultra Clean had a net margin of 3.40% and a return on equity of 18.22%. The business’s revenue for the quarter was up 30.1% on a year-over-year basis. During the same period in the prior year, the firm earned $0.52 EPS. As a group, equities analysts expect that Ultra Clean Holdings, Inc. will post 2.42 earnings per share for the current year.

Ultra Clean Holdings, Inc designs, engineers, and manufactures production tools, modules, and subsystems for the semiconductor and display capital equipment markets in the United States and internationally. The company provides subsystems, such as wafer cleaning modules; chemical delivery modules that deliver gases and reactive chemicals in a liquid or gaseous form from a centralized subsystem to the reaction chamber; frame assemblies; process modules, a subsystems of semiconductor manufacturing tools that process integrated circuits onto wafers; and top-plate assemblies. 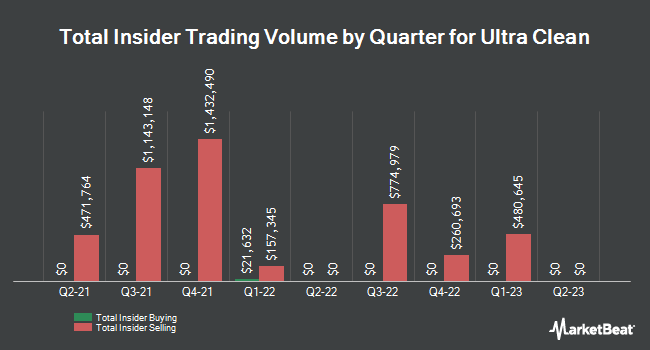 The Valens Stock Price Up 1%