Separately, Seaport Global Securities initiated coverage on Eastern Bankshares in a report on Thursday, February 25th. They set a “buy” rating and a $19.00 price target on the stock. Two investment analysts have rated the stock with a hold rating and four have issued a buy rating to the company’s stock. Eastern Bankshares presently has a consensus rating of “Buy” and an average target price of $17.40.

Eastern Bankshares (NASDAQ:EBC) last issued its quarterly earnings data on Thursday, April 29th. The company reported $0.27 EPS for the quarter, beating the Thomson Reuters’ consensus estimate of $0.20 by $0.07. As a group, equities analysts forecast that Eastern Bankshares will post 0.47 earnings per share for the current year. 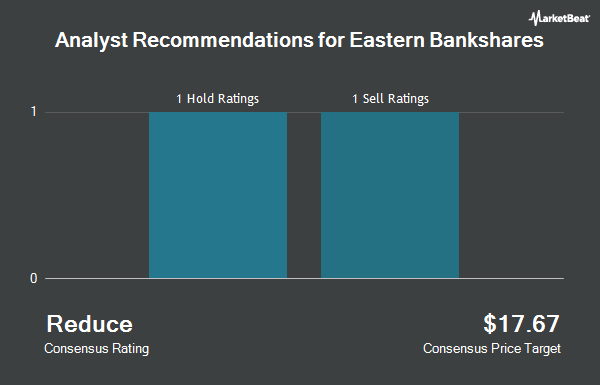