Highbridge Capital Management LLC acquired a new stake in shares of ContraFect Co. (NASDAQ:CFRX) in the first quarter, according to the company in its most recent filing with the SEC. The firm acquired 178,861 shares of the biotechnology company’s stock, valued at approximately $859,000.

ContraFect (NASDAQ:CFRX) last released its earnings results on Monday, May 17th. The biotechnology company reported ($0.18) earnings per share for the quarter, topping the consensus estimate of ($0.22) by $0.04. On average, sell-side analysts predict that ContraFect Co. will post -1.18 EPS for the current year.

ContraFect Corporation, a clinical-stage biotechnology company, focuses on the discovery and development of therapeutic protein and antibody products for the treatment of life-threatening and drug-resistant infectious diseases in the United States. Its lead product candidates consist of CF-301, an investigational novel lysin, which is in Phase III clinical trials for the treatment of staphylococcus aureus bacteremia, including endocarditis caused by methicillin-resistant or methicillin-susceptible.

Recommended Story: What is a price target?

Want to see what other hedge funds are holding CFRX? Visit HoldingsChannel.com to get the latest 13F filings and insider trades for ContraFect Co. (NASDAQ:CFRX). 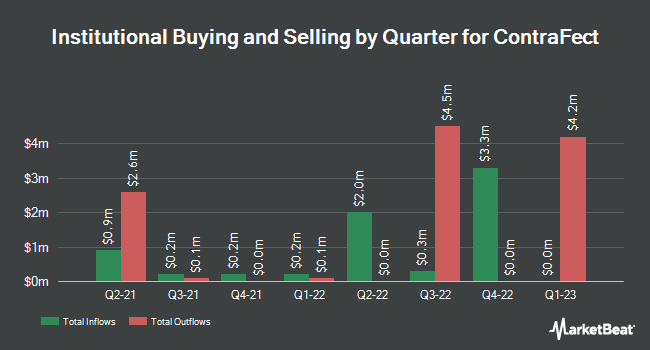 Complete the form below to receive the latest headlines and analysts' recommendations for ContraFect with our free daily email newsletter: