BlackRock (NYSE:BLK) last released its quarterly earnings results on Tuesday, July 13th. The asset manager reported $10.03 EPS for the quarter, beating the Thomson Reuters’ consensus estimate of $9.33 by $0.70. BlackRock had a net margin of 30.39% and a return on equity of 16.44%. The firm had revenue of $4.82 billion during the quarter, compared to analyst estimates of $4.61 billion. During the same quarter in the prior year, the firm earned $7.85 EPS. The business’s revenue for the quarter was up 33.7% compared to the same quarter last year. On average, analysts predict that BlackRock will post 38.04 EPS for the current year.

Featured Article: Why are analyst ratings important in trading stocks? 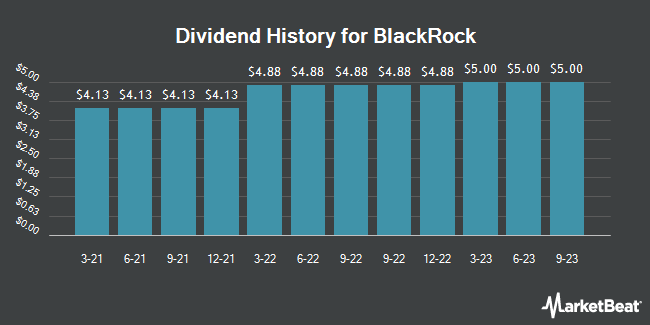