McAfee Corp. (NASDAQ:MCFE) has been assigned an average rating of “Hold” from the twelve brokerages that are covering the stock, MarketBeat Ratings reports. One research analyst has rated the stock with a sell recommendation, five have given a hold recommendation and four have given a buy recommendation to the company. The average 12-month price objective among brokers that have issued ratings on the stock in the last year is $25.32.

McAfee (NASDAQ:MCFE) last issued its earnings results on Monday, August 9th. The company reported $0.28 EPS for the quarter, topping the Thomson Reuters’ consensus estimate of $0.18 by $0.10. The business had revenue of $467.00 million for the quarter, compared to analyst estimates of $433.98 million. McAfee’s revenue for the quarter was up 21.9% compared to the same quarter last year. As a group, equities research analysts forecast that McAfee will post 0.8 EPS for the current year.

McAfee Corp. provides various integrated security, privacy, and trust solutions to consumers, small and medium-sized businesses, large enterprises, and governments in the United States and internationally. The company operates in two segments, Consumer and Enterprise. Its security technologies enable home users and businesses to stay ahead of the wave of fileless attacks, viruses, malware, and other online threats.

Further Reading: How to Use the MarketBeat Retirement Calculator 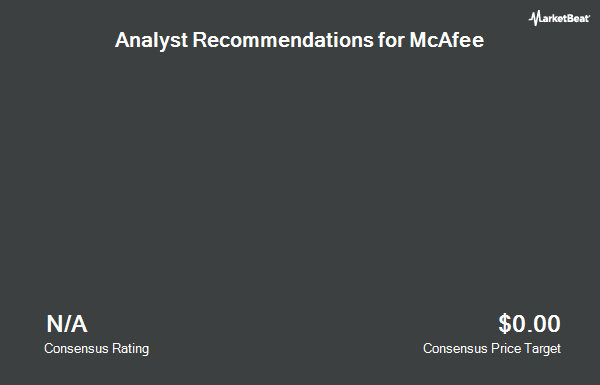 Receive News & Ratings for McAfee Daily - Enter your email address below to receive a concise daily summary of the latest news and analysts' ratings for McAfee and related companies with MarketBeat.com's FREE daily email newsletter.

Bio-Techne Co. Expected to Announce Earnings of $1.77 Per Share

Complete the form below to receive the latest headlines and analysts' recommendations for McAfee with our free daily email newsletter: