The firm also recently announced a quarterly dividend, which will be paid on Monday, November 15th. Shareholders of record on Monday, November 1st will be paid a $0.35 dividend. This represents a $1.40 dividend on an annualized basis and a yield of 0.73%. This is a positive change from Casey’s General Stores’s previous quarterly dividend of $0.34. The ex-dividend date is Friday, October 29th. Casey’s General Stores’s dividend payout ratio (DPR) is 16.23%. 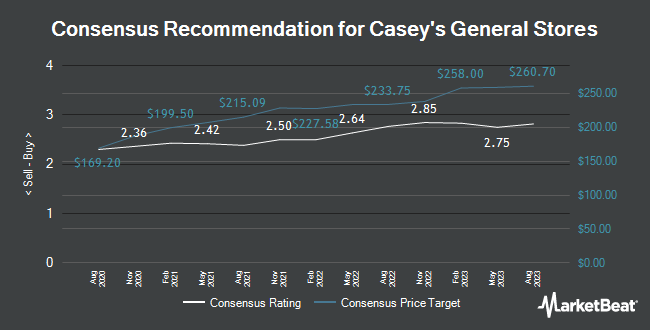